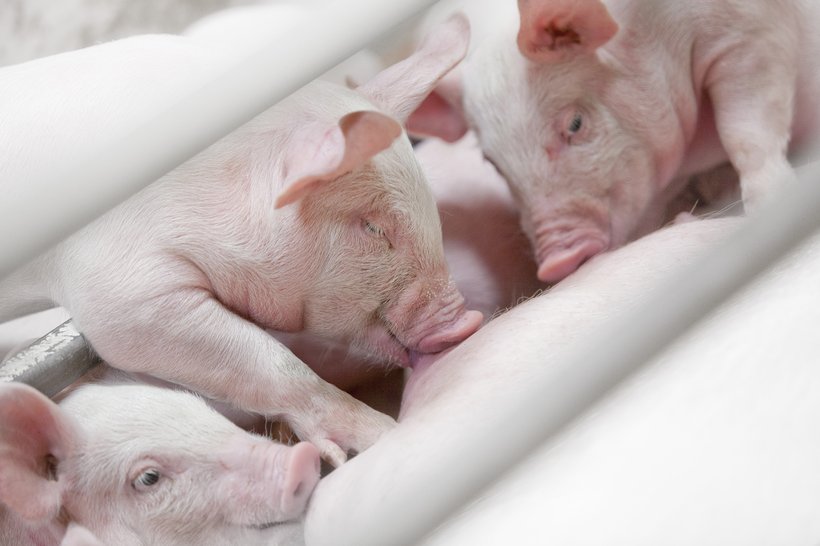 “There really has been nothing but positive come out of this move,” Terpstra says. Previously he had raised his own replacement gilts in-house, but had not been happy with how his sows were performing. “We have to capitalize on the genetic progress available from Hypor,” he says. Each month Terpstra brings in a group of high genetic value gilts from Schwoba Farms, a Hypor multiplier. The replacement gilts are currently weaning around 30 pigs per sow per year, while his replacement gilts produced in-house were around 24 to 26 pigs per sow per year (see table below this article).

He is quick to point out that he hasn’t had herd health issues since switching to a multiplier. “Health is night and day better,” Terpstra says. He attributes this in part to good genetics and to bringing the gilts onto the farm at an earlier age. Replacement Libra* gilts are brought in at around 20 kg. This helps the gilts acclimatize to the feed, barn and herd health. “The reason we chose Hypor over the other genetic companies is because of the management—they’ll produce if you let them,” he says. Terpstra has sows that’ll nurse 13 to 14 piglets without a problem. The litters are uniform which helps the pigs get off to a good start.

“We find that Hypor genetics work better for us,” he explains. The piglets seem to be stronger and more vital. Terpstra is doing everything the same as before—but with different genetics. “Now we have the genetics”, he says. When you’re raising your own replacement gilts you don’t have access to the same genetic progress as the multiplier. Since switching to Hypor Libra* gilts, his sow conception rate has increased from 85% to 96.7%.

Raising his own replacement gilts was where Terpstra was losing out before and he wishes that he would have repopulated sooner. His advice to other pork producers is not to worry, and to take the risk to move their business forward. Do your research, select good genetics and talk to people who have repopulated before—the right advice is key. Get good support from your genetics company, feed company and employees.