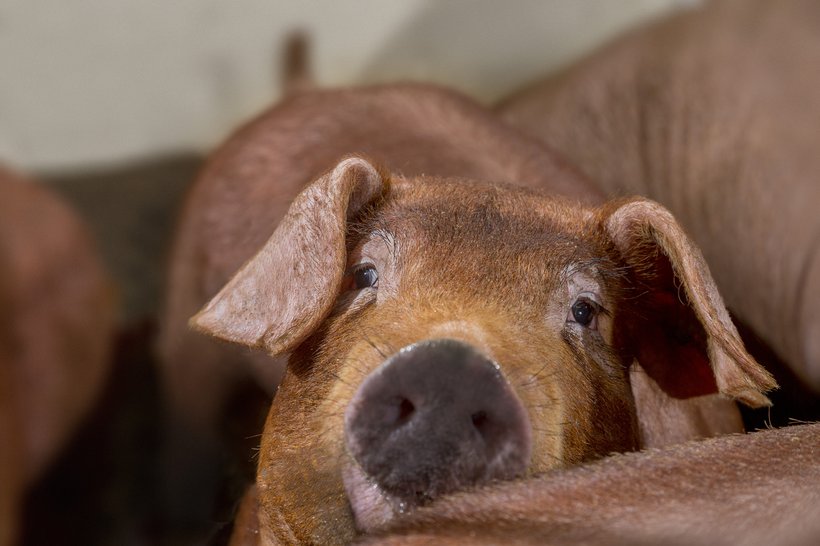 They say good things come in threes, and the Kanto is a prime example, offering growth, quality and consistency in one package. With so much going for this Duroc sire line, it is no surprise that when it goes head-to-head with another sire line, the competition can’t keep up. This was clearly the case in a recent wean to finish trial in the United States between the Hypor Kanto and Competitor Z, another Duroc sire line in the market that also targets meat quality.

In an industry where prices, market conditions and consumer demands are ever changing, there is one constant: quality counts.

“With hopes of moving towards a standardized grading system for pork, consumers will be given the option to pay more for a high-grade product in their grocery store,” said Dr. Emily Miller, Product Manager with Hypor. “We are the only global genetic company with a line of this caliber. Even now, the Hypor Kanto is the sire line of choice for those who demand the best: Japanese and other export markets, high end restaurants, grocers and, most importantly, our customers.”

Compared to Competitor Z, Hypor Kanto-sired pigs had better color and marbling, and lower drip loss. Once again, on aspects like quality that affect your bottom line, the Hypor Kanto came out on top.

Exceptional growth means more turns per year of your barn or bigger carcasses on a fixed time – no matter how you look at it, you get more with the Hypor Kanto. As Hypor’s fastest growing terminal sire line, Hypor Kanto-sired pigs were heavier from the start of this trial, at the same age of the competitor’s pigs. This was due to heavy birth weights and strong growth while on the sow.

Of course, Hypor Kanto’s edge in the nursery was just the beginning. At the grower-finisher stage, Hypor Kanto started (2.5 kg/pig [5.5lb/pig] advantage) and ended (3.9 kg/pig [8.6lb/pig]) on top again. Regardless of your operation, that heavier start puts you ahead of the game. In a fixed weight system, it means your animals will exit the barn sooner, and in a fixed time system, you wind up with a bigger carcass.

As well, more of Competitor Z’s pigs died and had to be culled for being too light weight. Lost pigs are lost profits, so the more Hypor Kanto-sired animals in your barn, the more money in your pocket.

They say “timing is everything”, and here too, Hypor Kanto had the advantage. Hypor Kanto-sired pigs would exit the barn 4 days earlier than the competitor based on a fixed end weight of 130 kg [287 lb]. That means $0.72/pig savings on yardage, and it could mean the difference between red ink and black ink on your balance sheet.

For producers, the Hypor Kanto’s combination of fast growth and outstanding meat quality keeps costs at a minimum and helps earn a premium on their pigs for years to come. If that sounds hard to top, you know how the competition feels.

Interested in seeing what the Hypor Kanto can do for you? Contact your local Hypor Sales Representative.

Balanced breeding focuses on balancing the progress of many traits to generate profitability for the total pork supply system. These traits can be classified into (re)production and efficiency traits…